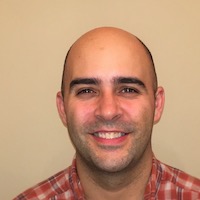 Availabilities in the next few weeks

Pre-purchase a week below

It was on your list, but it’s been put off to later.

“I just have too many specialties to master”

On your project, you have to wear all the hats. You go deep on all these topics. But your involvement with charts has stayed superficial. No choice!

It’s time for charts to go back in the IN section.

The responsibilities have been piling on…

For your project, you’ve crossed that line. Too many things are up in the air and the deadline is coming close.

“If only someone could just take over the chart part”

Too many “I’ll just”

You’ve crossed those first chart-related to-dos off your list, but there were too many “I’ll just”

Your high taste is found everywhere throughout your app, but the charts don’t match that taste.

You’re ready to fuss on the details, but the learning curve…

Let’s try a week together

For one week that your pre-purchase (availabilities listed below), I’ll be around to code the chart you’d like.

Inquire about the next available week

Your main involvement: provide to-dos and review the work.

On Monday, I’ll ask you to add a to-do. Something specific that can get the ball rolling so that…

On Tuesday, you’ll get a note about the first task being done, for you to review. For the next tweak, I’ll ask you to make a new to-do, and I’ll get on it.

On Wednesday, another to-do done for you to review, we’ll probably turn our attention to one specific aspect of the chart, because we’ll enter the home stretch…

On Thursday, a small tweak or two are in, you approve or make another to-do for the next thing…

On Friday, another small to-do or two are done for your review, and we’re wrapping it up. I’ll send you a zip file of the code and the preview output.

At any point during the week

At every point during the week

A month after the week has ended

Also, I won’t sign an NDA or a non-compete for my work in this by-the-week service.

If you’d like to partner up on a bigger project, where getting the charts right will create revenue or reduce costs, will depend on a strong ability to craft good user experiences and understanding buyer motivation (jobs-to-be-done)…

Inquire about a two-day discovery exercise

Justin Ménard, CEO of LISTedTECH.com, about us working together:

“When we were looking for someone to build our portal (where our customers access charts on Ed Tech products), we turned to Pascal to put our idea into action. Pascal understood our concept, translated our vision into an app with charts and a way for customers to purchase a subscription. Now we have a place to showcase and sell our data.”

If you’d just like quick help on a chart you’re building, I’m sometimes available on short-notice for a two-day async consultation where we exchange screenshare videos to get you unblocked. Check out stimulus.pascal.works for availability. Just introduce yourself as coming from customcharts.dev.

See me build charts in public

As I work on supercharts.dev, a way to scaffold ready-made charts in your Rails app built with Bullet Train, I’m posting on Mastodon about my progress. See you there?